School is officially out and you've got your youngsters hanging around the house for the half term or holiday period. We know that kids aren't easy to keep entertained at the best of times, but think we can point you in the right direction of some fabulously talented people that can keep them grinning for weeks...

We have picked out ten West End plays and musicals that kids of all ages (including those adult-sized kids) can enjoy during their time off. If you're planning a day trip to London, then keep in mind some of the following shows that will tick all the right boxes. 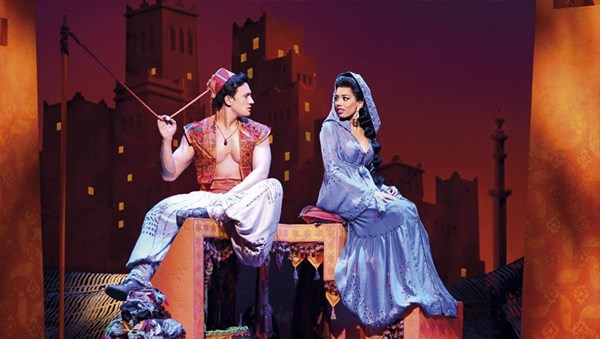 The first of two Disney favourites on this list for your wee ones to enjoy, Aladdin brings all the best songs from the film into an all-singing all-dancing musical. Starring Sugarbabe Jade Ewan as Jasmine, and a truly impressive performance from Trevor Dion Nicholas as the Genie, the Prince Edward Theatre is definitely the place to be during school breaks.

All the classics make an appearance, including Friend Like Me, Arabian Nights and of course A Whole New World, for you to sing along to (in your head, of course...)

9.  The Play That Goes Wrong 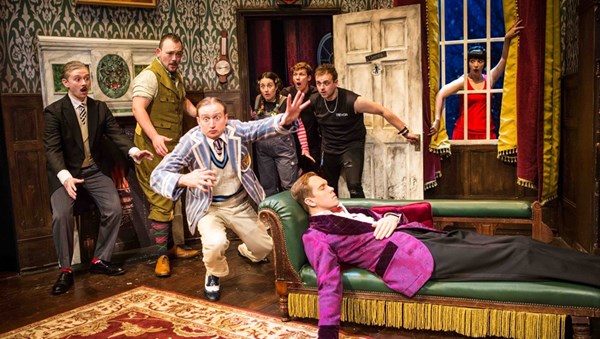 A bit of slapstick never hurt anyone… The Play That Goes Wrong is now in its third year and still has its audiences rolling in the aisles. The accident-prone Cornley Polytechnic Drama Society stumble their way through their latest murder mystery production to hilarious effect.

The show has picked up a number of gongs since opening, as well as a Broadway transfer and subsequent spin-offs in The Comedy About A Bank Robbery and Peter Pan Goes Wrong. 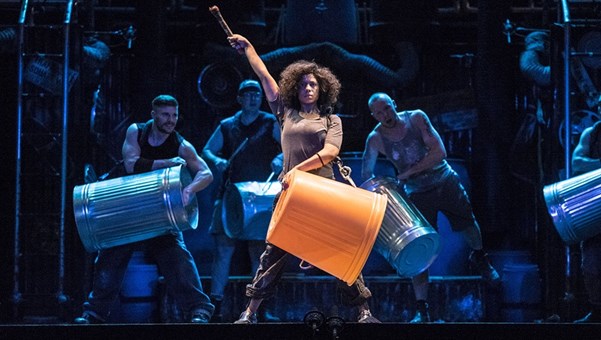 Feel the rhythm with the whole family this holiday, and visit the Ambassadors Theatre for a bit of drum-bashing and bin-tapping musical relief. If you haven’t heard of it already, Stomp is the worldwide phenomenon featuring a ridiculously talented ensemble of performers that turn all sorts of everyday objects into makeshift instruments.

Suitable for all languages and all ages, let loose in the West End for an afternoon with this show. 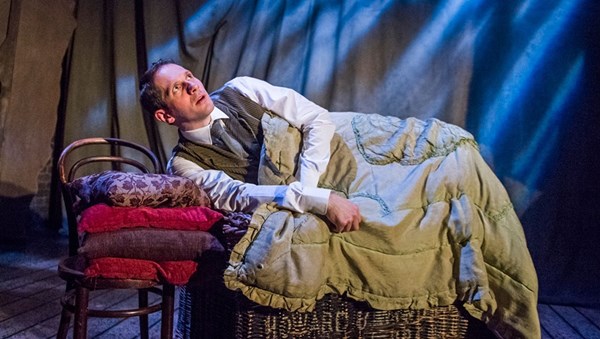 Older kids may already be familiar with this spooky story, as a longstanding core text as part of the GCSE English and Drama syllabuses, and a true staple of the London theatre landscape.

Now in its 29th year in the West End, The Woman In Black tells the frightening tale of a lawyer’s visit to the somewhat haunted Eel Marsh House. Cleverly told with two actors playing all the parts, there’s a reason it’s survived so long, and certainly calls for a visit, if you dare…

Book The Woman In Black tickets 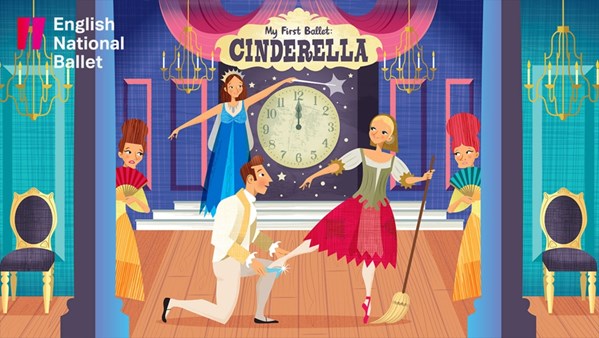 Be enchanted by the age-old rags-to-rich story.

5.  The Wind in the Willows 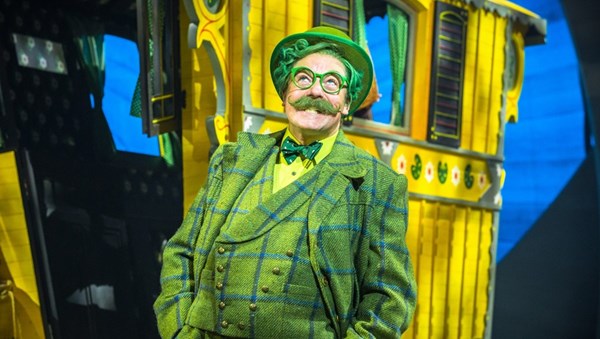 Join Mr Toad on the timeless adventure, soon to brighten up the theatre scene. Little ones will already be familiar with Kenneth Grahame’s tale that features a whole host of quicky woodland creatures, and has now been crafter for the stage by Downton Abbey creator Juliet Fellowes. 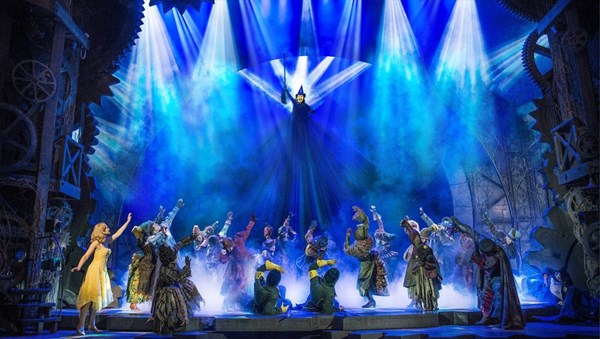 This epic Wizard of Oz spin-off is surely a top ten recommendation for musical theatre buffs all over the world. The spellbinding show tells the unlikely friendship between Elphaba (aka the Wicked Witch of the West) and Glinda (The Good), and has been a smash-hit in 13 countires.

Having been playing for more than a decade at the Apollo Victoria Theatre, Wicked without a doubt has some of the catchiest musical numbers, at home in one of London’s most epic venues. Defy gravity with your loved ones as a perfect family outing. 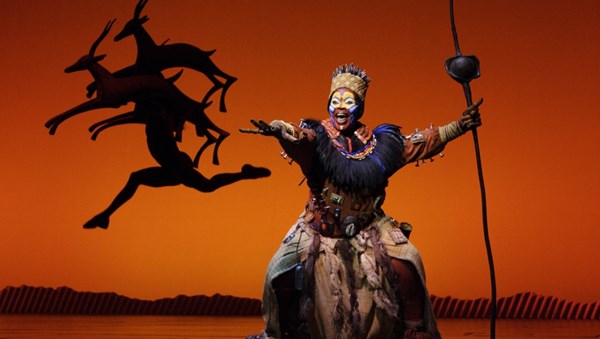 What better way to escape for a few hours than to be transported to the plains of the Serengeti with Disney’s The Lion King. Audiences have been entertained by the show in the West End for 18 years now, featuring all the classic songs from the much-loved animation, from Circle of Life to Hakuna Matata.

The combination of the music, costumes and incredible puppets make this show one of the biggest spectacles around. A trip to the Lyceum Theatre will certainly not disappoint. 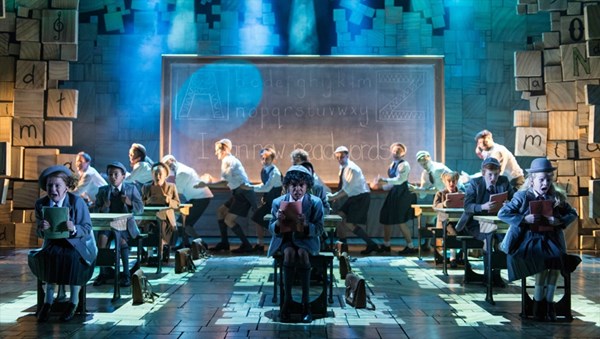 Sometimes you have to be a little bit naughty… Treat your kids to the multi-award-winning Matilda The Musical. Inspired by the classic Roald Dahl story and featuring the infectiously catchy music of comedian Tim Minchin, the story of one extraordinary girl surrounded by some particularly horrible adults (one hammer-throwing head teacher comes to mind…) is not to be missed.

With gags for both big and little ones to enjoy, Matilda plays at the Cambridge Theatre and would provide the perfect day out for the whole family this school break. 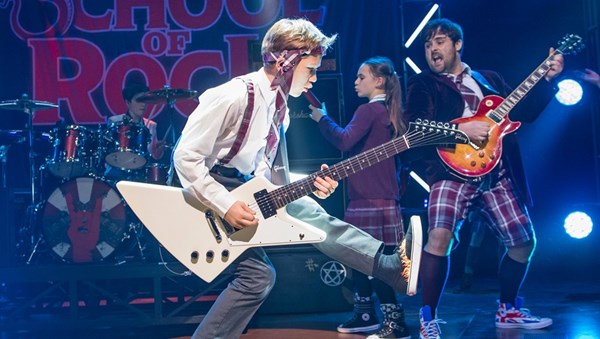 The perfect school’s out antidote for your very own rock ‘n’ roll prodigies to enjoy… Based on the hit film starring Jack Black, Andrew Lloyd Webber’s hit Broadway musical is now in the West End and playing at the New London Theatre.

Featuring a painfully talented cast of children that play their instruments live on stage, you can let your hair loose with fake substitute teacher Dewey Finn, who turns a prep school class of straight A pupils into head-thrashing, guitar-shredding rock stars!

And there we have it! Be sure to check back to see what other family-friendly shows will be arriving into the West End!