Shows may come and go in the West End, but there are the rare few whose impressive lifespans make them the formidable grandparents of the capital's theatre district.

Seasons change, along with the city's programme of plays and musicals, and it is no secret that we see new world-class productions open and close their doors to punters every other week. But what about those that have survived many a hot summer and cold winter? Look through the history books, and you can find the staple showstoppers that have clocked up decades (and even half-centuries) of fun across generations.

We count down the list of London's longest running shows...

You may be less familiar with the scandalous farce that ran in three different theatres across London's West End between 1971 and 1987. Though a flop with the critics, it seems the story of a mistaken mail order for copious amounts of Scandinavian pornography had audiences laughing in the aisles for over a decade and even once starred Only Fools and Horses star David Jason.

It premiered at the Strand Theatre, before stints in the Garrick and the Duchess Theatre. Unfortunately American audiences failed to see the funny side, with the Broadway run of the production playing a measly 16 times before closing in 1973. 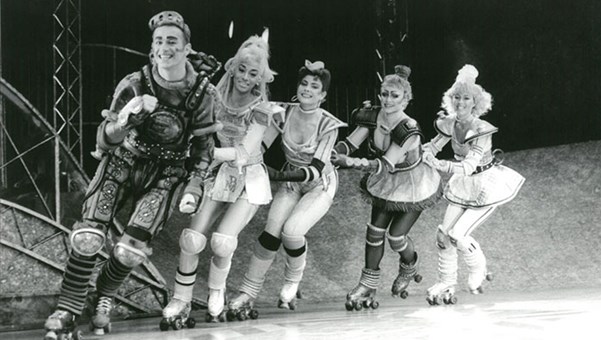 Andrew Lloyd Webber's musical skated into the West End in 1984, and didn't close until 2002. The surreal story of toy train-sets competing for the accolade of "Fastest Train-Set in the World" was directed by Trevor Nunn and roller-skate sequences choreographed by the one and only Arlene Phillips.

A former occupant of the Apollo Victoria Theatre, cast members raced around the auditorium and up into the balcony in an impressive set that included a six-tonne steel bridge. Fandom for the London spectacular is completely surpassed by German audiences however, where it has to date been seen by over 15 million people since it opened in Bochum in 1988. 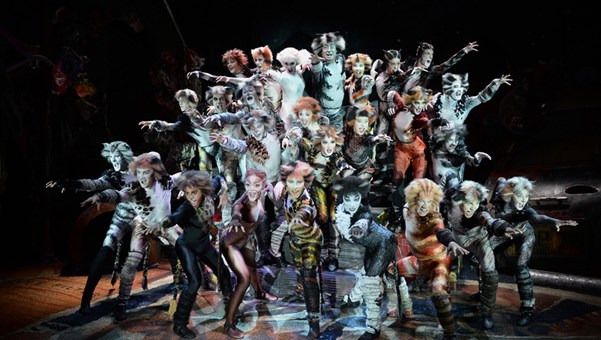 Though not the longest-running West End production from king of musicals Lloyd Webber, the Cats still had a particularly impressive stint in the district. It began life with drama ahead of its 1981 opening at the New London Theatre, when the show's original Grizabella, Judi Dench, snapped her Achilles tendon. She was replaced by Elaine Paige who went on to feature in the 1998 video version of the musical and become synonymous with the role.

Since closing, the musical has toured the UK and returned to the West End at the London Palladium in 2014 and 2015. Nicole Scherzinger took on Grizabella in 2014, and was replaced ahead of a Broadway transfer by X Factor winner Leona Lewis, who took to New York in 2016. 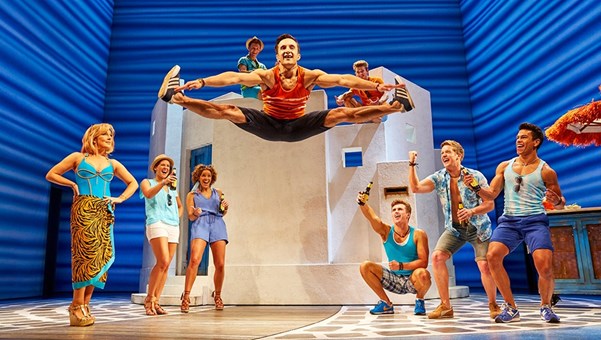 Featuring the hits of Swedish pop sensation ABBA, Mamma Mia! holds the record in the category of longest-running jukebox musical, having hopped around the venues of London since its opening in the same year as its West End neighbour The Lion King. The show with its loveable "Who's the Daddy?" plot, recently celebrated its 18th birthday at the Novello Theatre.

The show has enjoyed worldwide tours, and been watched by over 60 million people. Its appeal also led to the Greek island being brought to the screen with the release of the 2008 movie starring Meryl Streep, Colin Firth and Julie Walters. 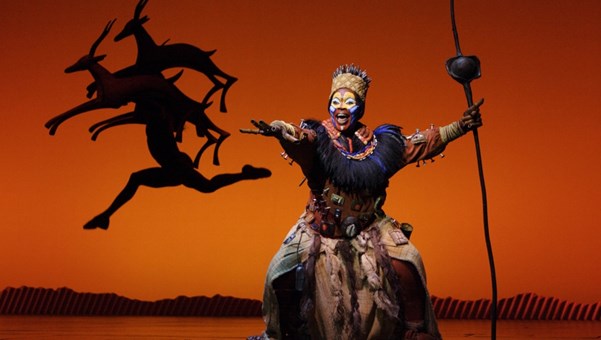 Disney's The Lion King has felt the love in the West End every night for over 20 years. The magical adaptation first brought to life by Julie Taymor in Minneapolis has been a permanent fixture at the Lyceum Theatre, as well as in other countries all over the world.

Families have been flooding in to see the musical spectacle in London from its initial birth through to its teenage years. Now almost into full adulthood, it is clear that the charm of the story, from cartoon feature film to stage, has clearly not diminished at all for theatre-goers. The music and puppets stand the test of time, along with some of the actors, such as George Asprey, who has been playing Scar in the show since 2008. 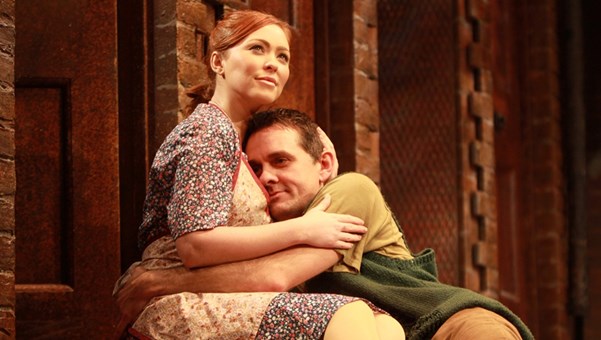 The West End revival of the musical by Willy Russell played more than 10,000 shows between the Albery and Phoenix Theatre from 1988 until its close in 2012. The story of Scouse twins Mickey and Eddie separated from birth had a very short outing to Theatreland prior to this in 1983, where it picked up the Olivier for Best New Musical.

What started out as a school play proposal has grown over the years into a heart-warming show with a serious cult following, and outings across the globe. This includes an incredibly popular Czech-Slovak translation Pokrvni bratia, which has had another bout of performances in Eastern Europe this year. 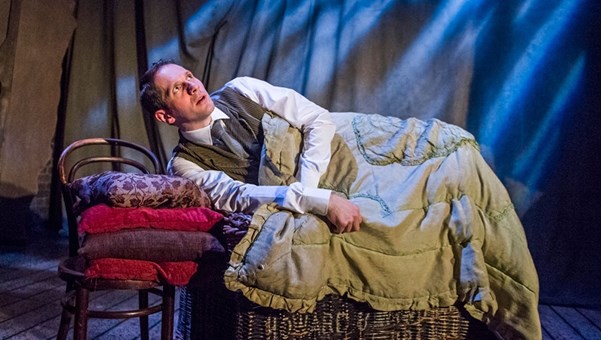 The Woman In Black has been scaring audiences in the West End since 1989, making it the fourth longest-running London production ever. Susan Hill's horror first premiered at the Stephen Joseph Theatre in Scarborough, and two years later it opened at the Lyric Hammersmith. It subsequently played a handful of performances at the Strand and Playhouse Theatre before finding its current home at the Fortune in August of that year.

Beyond scaring audiences from afar, the show has earned long life from being a core case study and set text for GCSE English and Drama students. Here's hoping that Eel Marsh House will continue to be visited for years to come...

Book The Woman In Black tickets

3.  The Phantom of the Opera 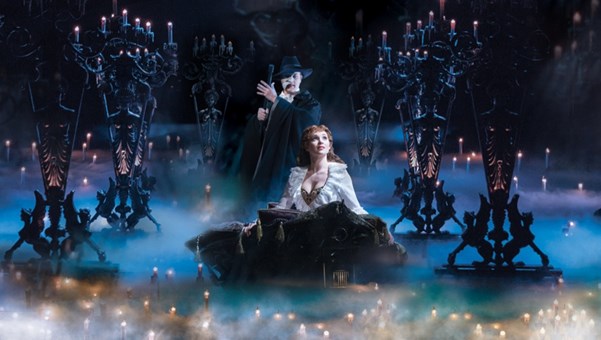 A staple of the West End, Phantom has racked up over 12,000 performances over the last three decades. Michael Crawford originated the titular role at Her Majesty's Theatre, whilst Lloyd Webber's former wife Sarah Brightman stepped into the demanding shoes of Christine (originally billed as Kristin). The show was first previewed at ALW's home the previous year, with the original costuming giving the phantom a full-faced mask that was quickly ditched for the more practical half-faced design we know and love.

In 2013, the performance rights to the musical were finally released to non-professional groups, meaning productions of Phantom have been cropping all over the world for audiences to enjoy.

Book The Phantom of the Opera tickets 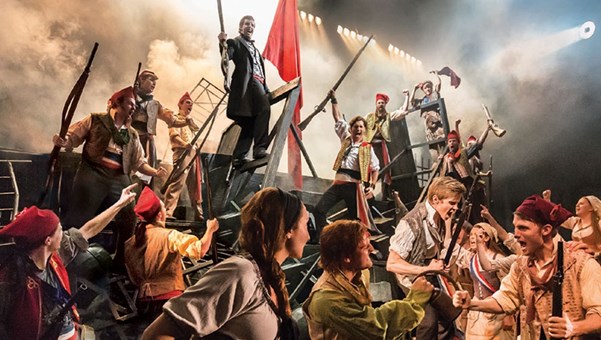 With some of the most recognisable songs in musical theatre, the classic story of Jean Valjean and revolutionary France is the longest-running musical in the history of the West End. Adapted from the novel by Victor Hugo, French songwriter Alain Boublil was first inspired by a London production of Oliver! to develop the show. Working with composer Claude-Michel Schonberg, a demo was first released in 1980 which featured the musician accompanying himself on piano whilst singing every part!

Five years later, the theatrical staging that had debuted in Paris was revived in the first English-language translation at the Barbican Centre in 1985. Legendary tenor Colm Wilkinson followed the show to the Palace Theatre that same year. It later transferred to the Queen's Theatre in 2004, and the rest is history... 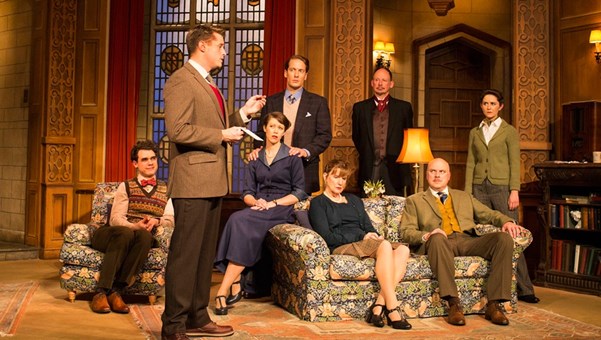 No surprises that at the top of this list sits Agatha Christie's The Mousetrap at 64 years young. This record-breaking play has gone up a staggering 26,000 times in and doesn't look like it shows any signs of stopping soon. Christie herself declared surprise at the longevity of its run, which has played uninterrupted in London following its initial pre-town UK tour. It even managed to relocate from the Ambassadors Theatre to St Martin's Theatre between the Saturday and Monday performances in 1974.

Whilst its original cast included Richard Attenborough as Detective Sergeant Trotter, the production's ensemble changes annually. However, there was one point where actors Mysie Monte and David Raven both made history for starring in the show for over 11 years! We certainly hope that the show's mystery will continue to be unravelled for another 65 years at least...

And there we have it! Be sure to check back in a decade or two to see whether or not The Mousetrap still has its crown!