"Act well your part; there all the honour lies." - Alexander Pope, An Essay On Man

Pope was a pretty clever guy, but I'm not sure he's quite got the full measure of the acting business here. To paraphrase two other pretty clever guys, I think it would be fairer to say that although One man in his time may well play many parts, Some parts are still considered more equal than others.

Many actors and audiences have a strong awareness of the most prestigious roles to play. Theatre performance - often seen as the truest test of an actor's skill - is wrapped up in this sense of prestige. It's a good thing too: considering the marked discrepancy between pay in the film and theatre businesses, we'd have a very hard time persuading the theatrical greats to grace our stages if it wasn't for the sense that honour is ultimately earned in this medium.

There are some parts that all actors (whether aspiring wannabes or accredited professionals; whether secretly or openly) crave the opportunity to play. There is a sort of unofficial understanding that it is only by playing these highly complex characters on stage that actors can join the iconic actors of the past- the Laurence Oliviers, John Gielguds and Vivienne Leighs - in their elite hall of fame. We take a look at some of the most iconic theatre roles: Much Ado About Shakespeare

Shakespeare not only still dominates our English syllabi more than any other single author, his characters also dominated my list of famous heroes and heroines to such an extent that he warranted his very own section:

King Lear: What audiences take away from a viewing of this seminal Shakespearean work are almost wholly determined by the leading actor's performance of this central figure. The play's exploration of father-daughter relationships, power, and human suffering are all determined by what you think of Lear himself. What power - and pressure - eh?

Hamlet: Despite being one of the most oft-quoted phrases in the English language, too few people know that Hamlet's "To be or not to be" soliloquy deals with the question of suicide. A meaty introspective into the human psyche, the character resonates precisely because of his crippling uncertainty and self-doubt. There's a cheerful thought for y'all.

Iago: One of the most frustratingly obtuse villains ever, Iago's refusal to explicate what motivates his cruel trickery of Othello makes him one of the least comprehensible - but most appealing - parts in Shakespeare.

Macbeth: Moral of his story: ambition leads to double, double toil and trouble.

Richard III: One of the most remarkable things about this fellow is his ability to make audiences collude in his villainy by telling them what evil things he's about to do next, and then rejoicing in his success. Ah the power of the monologue. Notable performers of this sensationally iniquitous role have spanned Kevin Spacey, Al Pacino, Laurence Olivier, Mark Rylance, Kenneth Branagh, Simon Russell Beale and Ian McKellen. 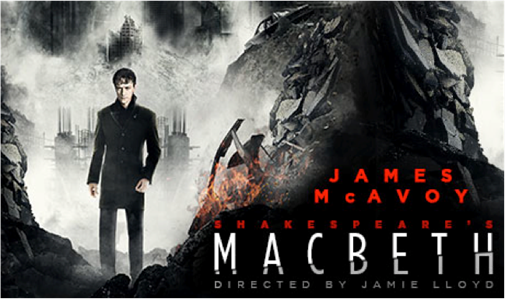 James McAvoy as the eponymous hero in Macbeth at the Trafalgar Studios, West End 2013

Meera Syal as Beatrice in an all-Bollywood RSC version of Much Ado About Nothing at the Noel Coward Theatre, 2012

Juliet: It is telling of the time that, (in direct contrast to the 19/37 Shakespearean plays that are titled with the hero's name), of all the 5 heroines listed here, Juliet is the only one to feature in the play's title (and that alongside - and after - Romeo). One of the most famous parts for a young actress to play (in her heyday Judi Dench played her), she and Romeo have become the embodiment of archetypal young lovers, competing with the likes of Antony and Cleopatra, and Troilus and Cressida.

Lady Macbeth: This powerhouse of a female is best known for her compelling cry to "unsex me here" as she follows ambition's murderous path.

Rosalind: With the most lines of any Shakespearean heroine, Elizabeth Bergner, Vanessa Redgrave, Helena Bonham Carter and Helen Mirren have all taken to the stage as this intelligent, quick-witted beauty.

Kate: The Taming of the Shrew is one of the most controversial depictions of misogyny, as husband Petruchio tames the feisty Kate into the model of submission.

Beatrice: Her spars with Benedick prove her to be by far the wittier of the two - a welcome antidote to the conclusion of Much Ado about Nothing.

Following in the footsteps of Shakespeare's major characters, most other coveted theatrical roles meet similarly gloomy ends. Just as a quick snapshot:

Ken Stott as Vanya in Uncle Vanya at the Vaudeville Theatre, 2012

Willy Loman, (Miller's The Death of a Salesman): commits suicide.

Faustus (Marlowe's Doctor Faustus): well, he sells his soul and gets shafted off Hell-way by Mephistopheles and a bunch of other bizarrely named demons, so that's not too chirpy.

John Proctor (Miller's The Crucible): is hanged. Admittedly, it's for good principles - which are upheld - but still, death's not ideal.

Vanya (Chekhov's Uncle Vanya): the best of a bad bunch, Vanya at least doesn't die. However, the only remedy offered to his frustrated hopes is that, though he has "had no joy in [his] life", the hereafter might promise better things. So, ironically, going with that point of view, death would probably be the preferable option.

Troy (Wilson's Fences): To end this catalogue of male tragedy on a slightly more uplifting note, although Troy is dead and departed by the end of Wilson's play, the fence of the title (ironically an allegory to keep the Grim Reaper (Death) away) has at least been built.

Blanche (Williams' A Streetcar Named Desire): this mesmerising alcoholic ends up committed to a mental institution by her sister and her rapist brother-in-law.

Hedda Gabler (Ibsen's Hedda Gabler): depending on interpretation, Hedda can either be idealist, victim, feminist, or manipulative villain. Whichever way, suicide is her doom.

Duchess (Webster's The Duchess of Malfi): this tragic love story ends with the Duchess's two brothers wreaking their revenge on her and her children with a fiendishly macabre show of violence.

Medea (Euripides' Medea): Talk about cutting your nose off to spite your face... in order to get revenge on her betraying husband, Medea kills her own children to better anguish him.

Lady Bracknell (Wilde's The Importance of Being Earnest): this is the only comedy on both lists. So, although her intention was to keep Cecily and Jack/Ernest apart (which she fails to do), I think Oscar Wilde deserves some serious credit for creating an iconic theatrical role in a play that doesn't result in the death of one/many of its characters.

Why are these iconic theatre roles so often tragic figures?

Is it considered more challenging to play these characters (- comedians might well have a bone to pick with this -) or is it because the collective number of leading figures in epics, tragedies, histories and dramas far outweighs those from the comedies?

Or maybe instead it's to do with the legacy left by Aristotle's dramatic theories. He argued that tragic figures are essentially morally superior to their comic counterparts; and that the emotion a tragedy arouses in an audience is cathartic and cleansing, whilst it's more ignoble in comedy. Perhaps we, as audiences, want to feel that we're taking serious note of our human flaws, not just laughing at them. After all, it's not just actors who are concerned about honour and acting a part. 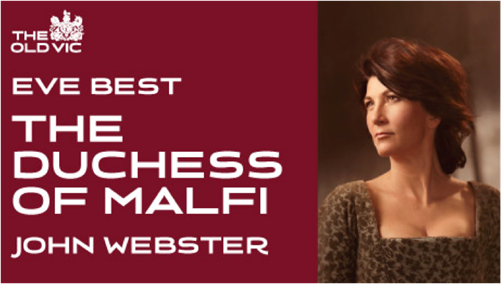