There are countless similarities between sport and theatre. Both are here to put on a great show for an audience, which might explain exactly why we have been witnesses to so many sports-based productions over the years. The comparisons that you can make between a sporting game and real life, also make sport a great platform to explore some key issues as part of an excellent piece of theatre.

With Wimbledon - the greatest tennis event in the world - coming round again, what better time to look at those that have been successful and had sporting glory under the stage spotlights? Here is our list of Top 10 shows about sports... 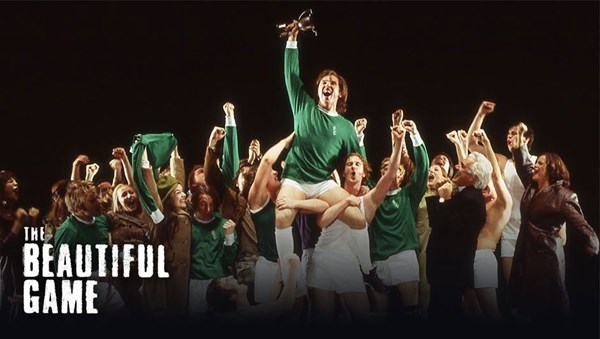 This musical by kings of the West End, Andrew Lloyd Webber and Ben Elton, opened in the West End in 2000 at the Cambridge Theatre, where Matilda currently resides. Set in Northern Ireland in 1969, the show follows a local football team and the struggles they face with violence in the community. The story intertwines sport with strong political and religious themes, set against the backdrop of The Troubles and the rise of the IRA.

Despite a mixed response from critics, the musical was eventually rewritten in 2008 under the new title of The Boys in the Photograph. One of the songs from the production, "Our Kind of Love" even made it into Lloyd Webber's Phantom sequal, Love Never Dies. 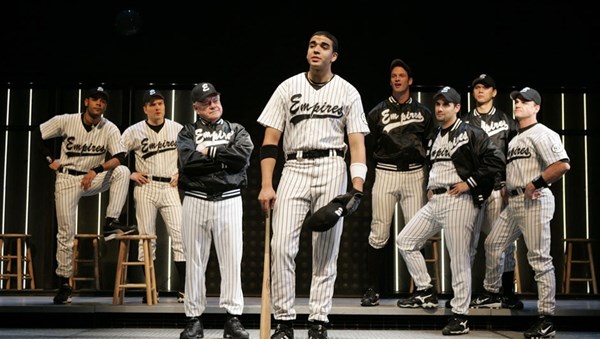 The original cast of 'Take Me Out' on Broadway.

This play by American writer Richard Greenberg first opened at the Donmar Warehouse in 2002. It was successful enough to make it to Broadway in 2003 and even scored the Tony award for Best Play that same year.

At a time when no professional baseball play had ever done it, Take Me Out tells of one mixed-raced baseball players struggle with coming out. Set in the changing rooms, it portrayed ideas about masculinity, homophobia and racism with a plot that takes a tragic turn. This play is the perfect example for using sport as a metaphor of life, as it leaves you asking questions about the whole of American society beyond the world of baseball. 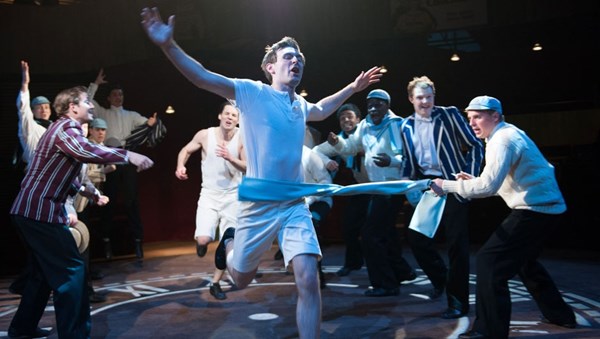 Mike Bartlett's adaptation of the famous Oscar winning film took to the stage around the time of the 2012 Olympics in London, opening at the Hampstead Theatre in May of that year. It then raced to the Gielgud Theatre for its West End run. The plot follows the true story of two famous British athletes and the struggle against the prejudice they face in order to compete in the 1924 Paris Olympics.

The theatre was re-designed so that it would resemble the racing tracks, in order to keep it as realistic as possible. In the words of the film's director, Hugh Hudson who also co-produced the play, 'the issues of faith (and) standing up for one's beliefs, are even more vital today'.

7.  Sing Yer Heart Out for the Lads 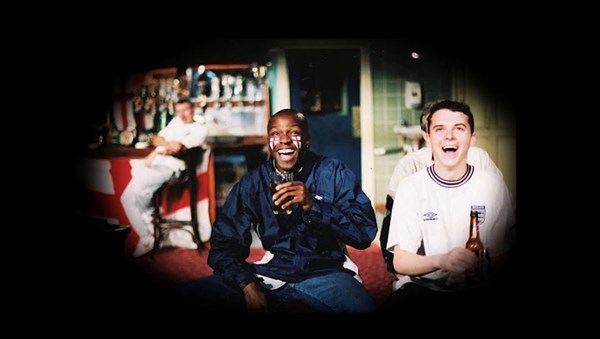 Sing Yer Heart Out for the Lads was written by Roy Williams and opened at London's Royal National Theatre in 2002. This play focuses strongly around the themes of racism and it is set in a pub during the England vs. Germany World Cup match in 2000.

With part of the audiences seating actually being placed as if you are sitting in the pub, this involvement and the intimacy of the space really reinforces the ideas and themes, maximising the effectiveness. This has been a hugely significant piece of theatre that uses sport to highlight embedded issues within society. 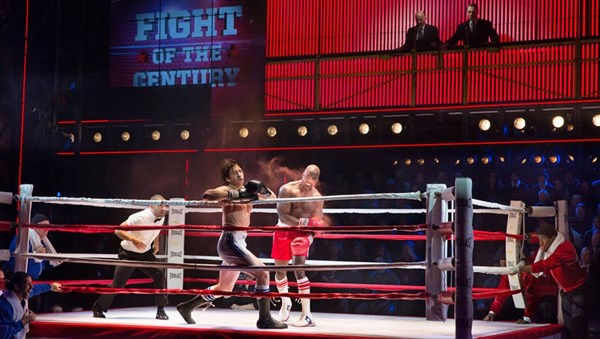 Ding Ding, Round One! Adapted from a screenplay written by Sylvester Stallone himself, Rocky the Musical opened in 2014 at the Winter Garden Theatre across the pond. Based on the film Rocky, the production cost around $20 million dollars to produce. This is partly due to the advanced scenery and seat adaptations to bring the boxing ring out into the stalls for the fight.

If you need reminding, the plot follows struggling boxer, Rocky Balboa, who gets a lucky break to fight against a heavyweight champion. As Frank Bruno stated, boxing is 'show business with blood', therefore this seems like the perfect story to present on a stage. Combined with the classic theme of the underdog and the subplot of a love story, it was an all-around exhilarating production. 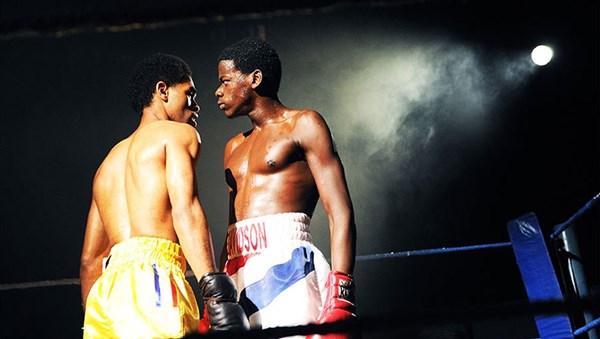 Ding Ding, Round Two! Another sports production based around boxing and the second play written by Roy Williams mentioned in this list, Sucker Punch opened at The Royal Court theatre, London in 2010. This play was nominated for the Olivier Award for Best New Play.

The plot is based around a London boxing ring in the 1980s and the potential of two young black boxers, Leon and Troy. It is also powerful in how it shows sport as a metaphor for racism in society. It opened to rave reviews and an Evening Standard award for Best Newcomer given to Daniel Kaluuya, who you may be familiar with as the star of the equally socially-engaged 2017 horror blockbuster Get Out. 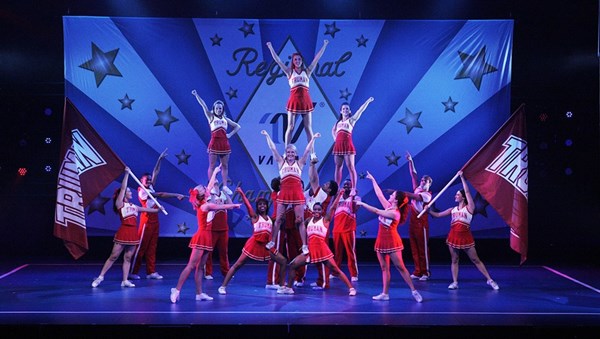 The US touring production of 'Bring It On'

As a sport that is now recognised by the International Olympic Committee, it seems fitting to include a cheerleading-focused production in this countdown. Based on the 2000 film of the same name, Bring It On is a smash-hit musical with lyrics penned by a team that includes Hamilton and Moana mastermind Lin Manuel Miranda.

With friendship and sisterhood at its centre, it tells the story of one team's quest for Nationals victory over their rivals, using real competitive cheerleaders performing along the show's starts to bring the true essence of the sport to the stage. After stints across the US and on Broadway, it will be touring the UK for the very first time, beginning in Manchester on 6th September 2017. 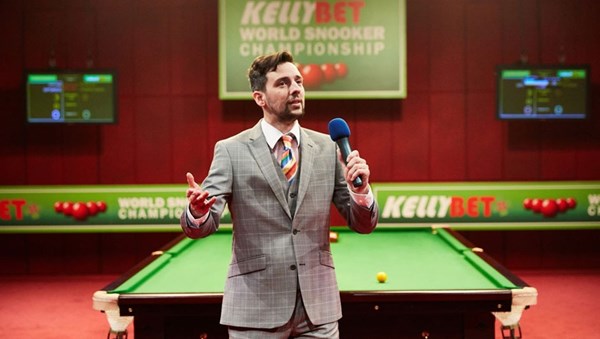 A more recent production, Richard Bean's play debuted in 2016 at the Crucible Theatre in Sheffield, which has actually housed the world snooker championships since 1977. Jack O'Connell played the rising snooker star who returns to his home town of Sheffield to realise they had been fixing matches.

This is one of the only plays, except from the above Up 'n' Under, which does not avoid the difficulty of airing a match in progress. The director was trying to get more traditional sports or snooker fans attending the theatre, by casting a real, professional snooker player to take on O'Connell as part of the show live. Director Richard Wilson, wanted to 'get more blokes into theatre', whilst also shining light on themes of corruption in sport. 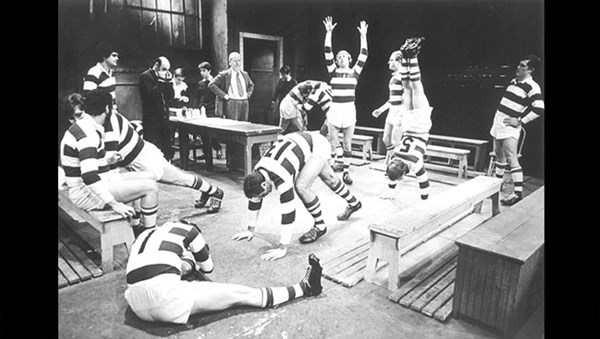 The Changing Rooms is a play by David Storey and is set in the changing rooms of a Northern rugby league team. It aired at the Royal Court on November 9th 1971 before transferring to the Globe (now the Gielgud) in the West End, and to Broadway where John Lithgow picked up Best Featured Actor at the 1972 Tony Awards.

The show sheds lights on the personal struggles of these amateur rugby players, gearing up pre-match and returning defeated or victorious. With the title's obvious comparison to a theatre's dressing room, the similarities between theatre and sport and the idea of normal working class men getting changed to put on a performance for their town really made this play resonate both home and away. 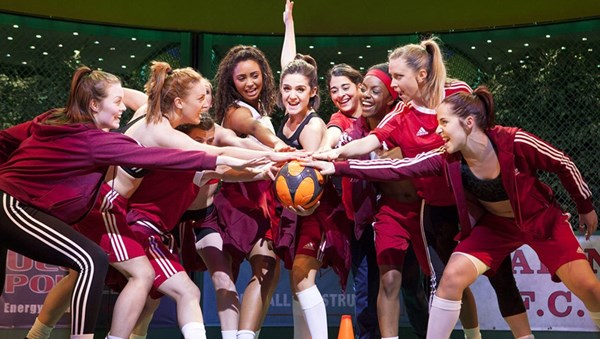 The musical Bend It Like Beckham opened at the Phoenix Theatre in May 2015, and tops the list as one of the largest sports-based ventures of recent years. It is of course based on the famous film released in 2002 starring Keira Knightley, and sees a book penned by the original writer Gurinder Chadha.

The show follows Jess, who defies her strict Indian parents by joining a female football team that make their way to the top of the league. Representative of the cultural melting pot in Greater London, it weaves in notions prejudice and challenges for gender and race within sport. This massive musical certainly ended on a high as a 'joyous hymn to girl power'. (The Evening Standard)